WGP's main business structure as below: 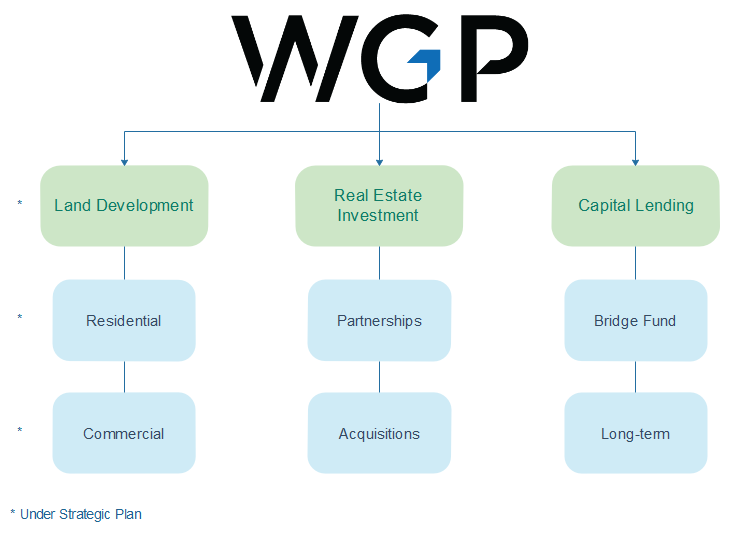 Implementing Mortgage Loan is considered as an auxiliary function for WGP investment. Majority of loans will be deployed to Western-related projects for bridge fund purpose. WGP will also consider external mortgage lending when the condition fits WGP’s parameters, which are included but not limited to:

WGP aims to start its own development in the future. Details to be released when decision is confirmed.